After a hard day in the Coal Mines

Daddy is welcomed home by his loving children 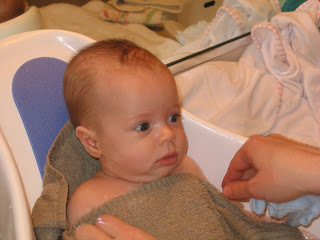 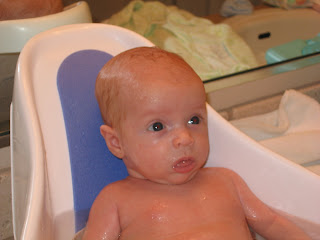 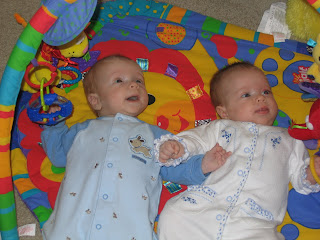 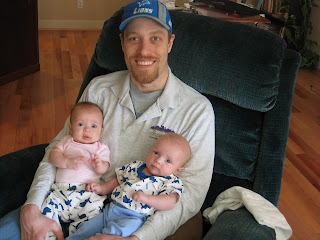 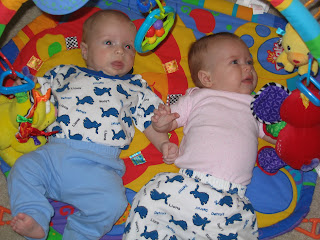 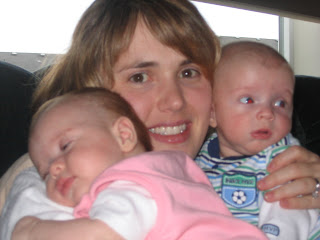 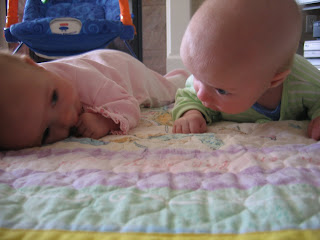 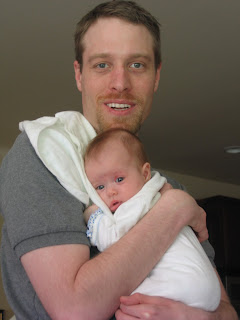 Okay, instead of doing the dishes tonight, I"m uploading pictures and videos. I get about 45 minutes of free time a night these days, and this is what I'm doing tonight.

Those of you who think Christmas comes only once a year, are obviously not big fans of the National Football League. This weekend is the NFL Player Selection Meeting, aka the NFL Draft, and for me, and millions of other NFL Fans, it's better than Christmas. Some say that NFL Draft Weekend is now the biggest sporting event in the US now, bigger than the Superbowl or the World Series. I don't know if that is true, or how they measure bigness in these cases, but I do know that the date of the NFL Draft is etched on my calendar months in advance, and I plan trip and on-call around it.


This year will be very different for me, as I will have some company on the couch. I get to teach Lorelai and Reece the ins and the outs of drafting for need, versus drafting the Best Player Available. I get to explain to them why few Heismann Trophy winners ever make it in the NFL, and why some players are products of a system, and their numbers won't translate well to the pro game. I'm hoping they remember all this for next year.

My Team, the Detroit Lions, has the #2 overall pick in the draft. I'm really hoping they trade down in the draft and pick up a lot more picks, but as a Lions fan, I know that things rarely work out for the Leo's. I'll leave my prognosticating off of this board, but if you really want to know what's happening, just ask me. Just not between 9AM and 6Pm on Saturday, and 8 AM and 4 PM on Sunday.

Oh yeah, the kids. Everyone is doing well. Reece is now starting to sleep for about 7-7.5 hours at a time during the night. Lorelai has gone back to getting up every couple of hours, which is just exhausting for Lisa. Hopefully we'll be able to break this habit this weekend. Not sure how yet, but we'll try.

Reece is growing all new hair, and it's coming in very blonde. He lost almost all of the red hair he had, and we miss it a little bit, but the blonde is just as cute. Both are much calmer than they were just a couple of weeks ago, and the crying jags which use to last for hours now can usually be fixed in a minute or too if two people are around to give the babies a little walk.

Since I plan on being fairly sedentary this weekend, I should have time to upload some new videos and pictures. I got a new computer last week, and just about have it set up the way I want it, so its time to get productive!
Posted by JB at 7:27 AM No comments:

A video of Reece learning to talk

Reece is quite the yamerer when you get him going 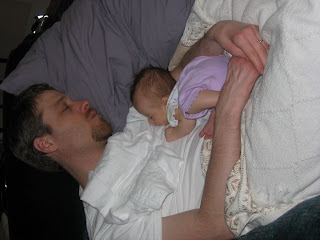 We've been trying to get pictures but have been doing more video's lately. There are few quiet times where we don't have babies in our arms, but every once in a while we get a quiet time with a baby in our arms.
Posted by JB at 9:25 PM No comments:

A video of Reece is in the process of being uploaded.
Posted by JB at 9:21 PM No comments: