I have a simple solution to solve the credit crisis, the national debt, speculative trading and the energy crisis. A very simple thing: a Speculation Tax.

A speculation tax. A sin tax on market speculation. Treat speculation like cigarettes, alchohol and whatever other sins the government taxes. Tell everyone they're bad for you, and that second hand debt will kill you just as fast as your own debt so your children pester you to stop using your credit cards... but have it kick in for everyone. Including the big boys, like this.

If you want to make a short sell on the market, or trade in futures commodities like oil, soyabeans, corns, wheat, natural gas, derivative debt, whatever, anything that doesn't involve a long term buy and hold in a company you'vre done research in and believe in thoroughly, then the government takes a non-negotiable, non deductible, no exemption for being 'Native American', over-65, under-18, minority, disabled, rich or poor, 1% tax on every transaction as it happens, and immediately applies that money to the national debt.

So if, as happened today, a bunch of nervous ninnies went and started selling shares in companies they owned for 45 minutes because the computers told them the fundamentals didn't look as good as they did a few minutes before, a penny of every dollar bought and sold on speculation would go to the government until the debt was paid off.

So if billions of dollars a day are changing hands on the oil markets, then a few hundred million of that would be diverted every day to pay down the debt.

Those who think they could still make money speculating, would still do it, and the debt would slowly dissolve into a sea of capital pulled out of artificially created markets and back into the hands of the government, paying down the debt.

Those who didn't want to lose 1% every time they made a transaction would look for good, long term products to invest in (solar, wind energy, clean coal, Mars exploration), make a determination of how much risk they were willing to stand, and invest more wisely. People spend more time evaluating products to whiten their teeth than what the companies in their mutual funds do. That's just stupid.

The influx of cash back into the US government would loosen the credit markets as the US needed to print less money, and the return on T Bills dropped. Private companies looking for financing to expand operations would have better access to cash since the government wouldn't be competing head to head against them.

As the debt shrinks, less tax is needed to pay for the interest on the debt, and lower taxes spur companies to remain in the US, where regulations may be tighter, but education levels are still relatively good.

The excess from reduced debt service would increase the flow of money into schools and infrastructure (bridges, roads, hospitals, mass transit, healthcare for everyone) to help boost productivity and long term goals.

And on the consumer credit side, the tax would apply to all credit card purchases. We all know credit is not the same as cash. Credit cards have been racking up 3-5% fees on all transactions for years. Now we just need the government to take their 1% off the top, and force the companies to fully disclose it. Pay cash, you pay this much. Pay with credit, you pay 1% more. Smart consumers would switch to cash almost immediately, and the credit card industry would be lowering their rates to compete with cash.

I'm not quite sure how to get this plan out there, but if anyone has Barak's ear, tell him about this, and let's see if the idea works.
Posted by JB at 8:38 PM 1 comment:

Socialism in the US

In the US, politicans who bring up any concept of Socialized Medicine are vilified and crucified.

But the US Government just socialized mortgages by taking over Freddie Mac and Fannie Mae, I didn't hear one right wing Republican stand up and scream that it is not the government's role to bail out failing businesses. In fact, the only person I've heard pointing out the real truth hear in the national media is Jim Jubak.

And the 5 trillion which just hit the national US Debt, is not being included in the current government's budget projections. If they had planned for that expense, then they would have a much larger deficit, and that would be really bad for the Republican party. They would have to cut back somewhere, or *gasp*, raise taxes to pay for it. Either way, that would be bad for their election hopes.

I hear that Sarah Palin has a couple hundred million stashed away somewhere, maybe that could be used to pay down some debt. Oh wait, that's free money. A gift from the other 49 to #49, and they can use it for whatever they want.

Isn't that called a transfer payment then (not even an earmark)?

Sounds awfully Socialist to me.

I would rather have my government running the medical system than the banking system. Let the banks rise and fall on their own. Lift the people up when they need a hand, not the other way around.
Posted by JB at 10:28 AM No comments:

Okay, so it's been almost a month, where have I been?

1. Enjoying the summer. Neighborhood barbeques, going to Eastern Washington, playing with the kids in the yard and going to the park. My Saturdays and Sundays are much busier than they were a couple of years ago. The kids are doing great, learning new words all the time. They love to talk on the phone and it's fun to call home from work and talk to them. We are now working on the jealousy and discipline stuff, and that's hard, but hopefully this phase will pass quickly. Timeouts are getting common again, but less for safety issues, and more for trouble caused.

2. Working. I've been pretty busy at work, with 3 different projects for 3 different clients going live in the last three weeks. It seems like it all came together in the last 8 days, and we've been driving pretty hard for that, and I've even been... gasp... working from home at night and on the weekends. That should wrap up after this weekend though and get back to normal.

3. Writing. I've been writing consistently (almost every day) since I bought my new laptop, and it's going very well. Hopefully I'll have something to show for all the effort by the end of the year, but if not, at least it's gotten my creative juices flowing again. It does make it harder to sleep when my mind is on all the time, but I'm getting use to it.

I've slowed down on my movie watching and reading a bit lately since my spare time has been more spoken for, for here's a summary of what I have read or watched since the last update.

Book: The Accidental Time Machine by Joe Haldemann. Ehhh. It was okay, but not thrilling

Book: The Dead Zone by Stephen King. Pretty Good. Made me want to go out and NetFlix the TV series based on the book. We watched the first three episodes. If I was ever stuck on bed rest for a few months, I get more episodes sometime in the second month, but I'm not going to spend my valuable time watching borderline TV right now.

Book: The Wastelands by Stephen King (Book 3 of the Dark Tower Series). I really like this series. King has done a wonderful job with the main characters, and I'm already into book 4 (Wizard and Glass).


Movie: Inside Man - how can good actors just thud so badly? Bad writing.

Movie: Zodiac - Mildly Scary, but good movie, especially if you weren't around in the early 70s to know much about the Zodiac Killer in California.

Movie: 21 - College Kids from MIT try to break Vegas. Could have been better.

Movie: Collateral - This was on Lisa's to-watch list for a couple of years and it finally arrived. Not a horrible flick. A Saturday night, just kick back and root for the good guy movie

Movie: The Bucket List - We saw this 2 days before Morgan Freeman's big car wreck. It was a good watch with some funny lines.

Movie: Death at a Funeral - Some funny moments, but not a brilliant movie like 'Hott Fuzz'

Anyway, that's been the last month or so. I'll try to write more often in the future. As the weather gets bad, it gets easier to find the time, but with the good weather, we're outside as much as we can be.
Posted by JB at 8:46 PM No comments: 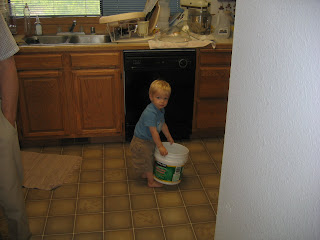 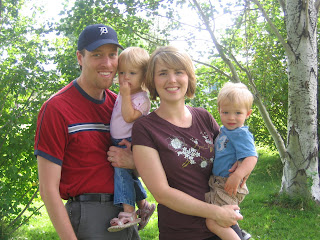 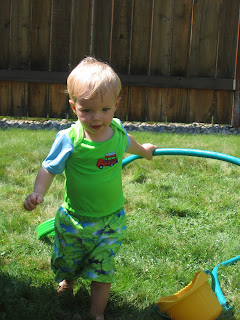 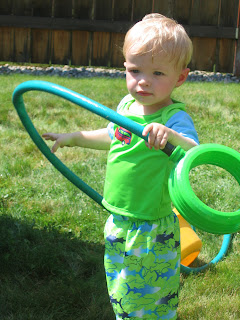 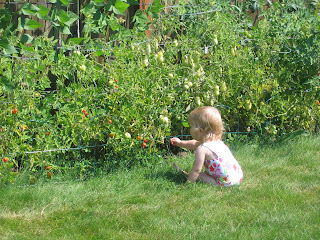 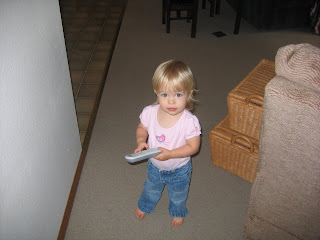 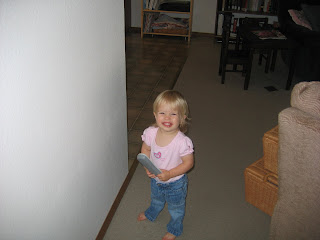 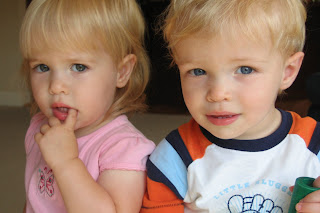 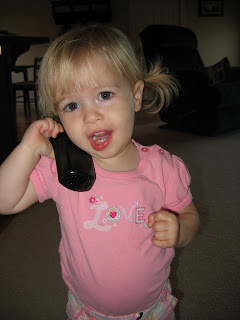 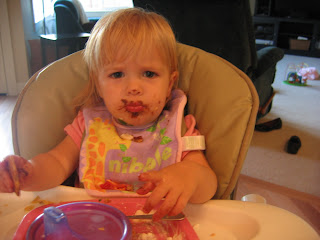 Yes, I've been slacking, but with good reason. Here are some recent pics of the kids