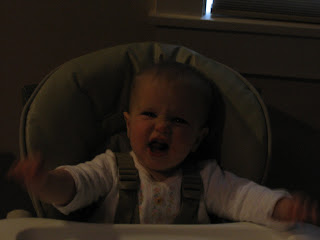 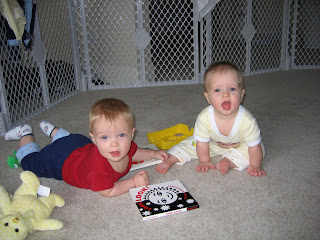 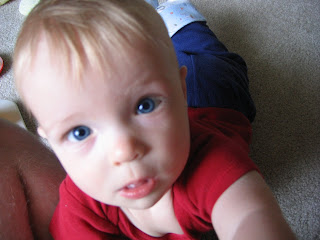 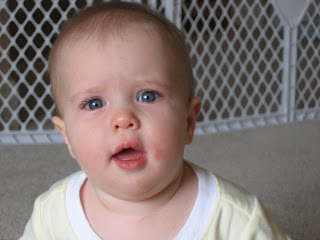 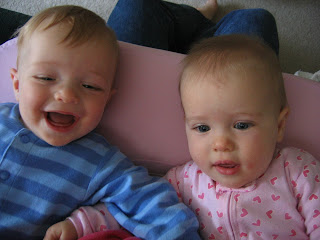 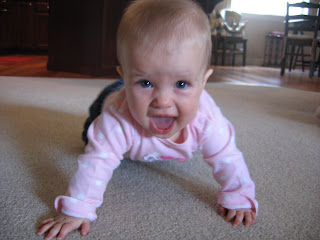 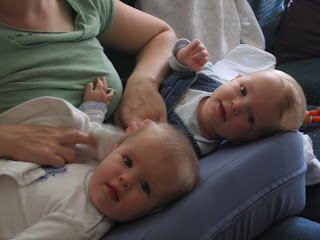 Okay, here are some good videos of the kids.

Crib Rockin
Posted by JB at 7:06 PM No comments:

Yes, we decided twins wasn't quite enough for us, so we decided to try our hands at triplets. 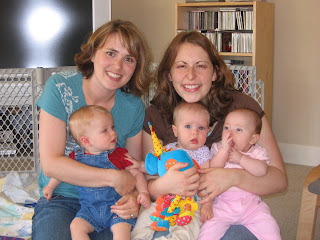 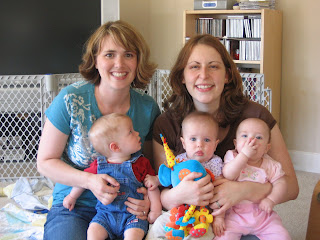 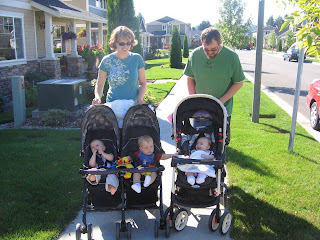 Actually, the extra belongs to Lisa's brother Greg, and his wife Ruth. Lilly is almost 5 months old (just 3 months younger than our two), and has a great smile and a wonderful little laugh.
Posted by JB at 8:04 PM No comments:

Time changes a lot of things 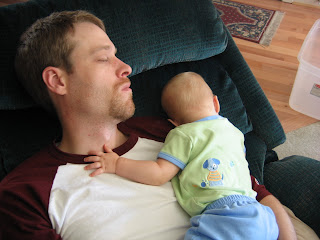 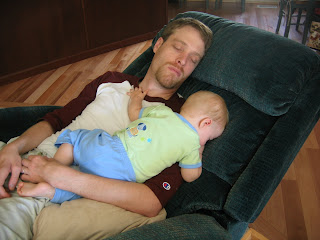 For the last few months, Reece has been primarily a momma's boy, and Lorelai liked to hang out with Daddy. Well taking a really long weekend at Labor Day, Reece and I did a little bonding, and now, he seems to like going to sleep with Daddy, just as much as Mommy. Well, maybe not as much, since Daddy doesn't have boobs, but at least Daddy's chest is flat enough to get some good shut eye. Thank god I don't have real pecs.
Posted by JB at 7:59 PM 1 comment:

More than meets the eye

On my first day off, I ran a bunch of errands, and stopped to take in a movie that I had heard was amazing, and had to be seen on the big screen... Transformers. Now, the original Transformers cartoon series came along after I had graduated from toy cars to real ones, but I knew the basic idea of the movie. The word I could best use to describe this movie would be "Intense", with a capital 'I'.

If you go into the theatre with any thought that this is going to be some deep movie, that will add meaning to your life, or leave you with a life long message like 'Earn this.', you will be disappointed. But if you go in with an open mind, and just let the movie entertain you, it will blow you away. The graphics are amazing, the action is non-stop, and the dialogue is not horrible. The camera work is typical of Michael Bay. I kept imagining will Smith from 'Bad Boys'. The same slow motion camera focused on the face as a bead of sweat rolling down the forehead as the hero decides 'Not here, not now, not this way!' But the camera work fit the movie, so we won't nitpick.

The biggest downside to the movie was the product placement, which I have never seen in such an obvious way before. I use to work at a General Motors site, and I've owned two General Motors cars, and will never, ever buy another piece of crap GM product again, but I gotta say, I was really wanting a Chevy Camaro after watching that movie.

So if you are willing to suspend your disbelief for a while, and just want to get out of the house, and see what can really be done with computer generated images these days, this is the movie to see. I'll give it 4 stars out of 5, for just sheer fun.
Posted by JB at 9:01 AM 1 comment:

"Okay you little terrorists, we'll capitulate to your demands this one last time."
-- Me to the babies after they were both throwing a hissy fit demanding boob after a really bad meltdown from Reece during breakfast.
Posted by JB at 8:59 AM No comments: