On Sunday, I went to a memorial service for a guy a used to work with, back in my airline days. He was 50 years old, with a wife and a fourteen year old daughter. He died of complications due to lung cancer, but wasn't a smoker, and was an athlete and outdoors man all his life. I never really knew him well, but we worked together for about 8 years on and off, and enjoyed giving each other crap and a lot of joking around.

He was diagnosed with cancer in July of 2008, and fought it with everything he had, and a positive spirit. I had lost touch with him after I left the company in January of 2008, and didn't even know he was sick until I was told that he had died a week ago last Sunday. It kind of took my breath away.

I went to the memorial for a couple of reasons. One, to show my support for the family, and to let them know that a lot of people will have good memories of him, far beyond those who knew him really well. The other reason, was probably a little selfish, but it was to see some of the folks I hadn't talked to or seen since I left the airline. I wanted them to know I still was out there, and that I hadn't forgotten all the good friendships when my career moved on.

But what really struck me as I listened to the eulogies, one given by his pastor, one given by his best friend, one by his brother, and one by his brother-in-law, was the long term bonds that he had formed in his life, and how much these people still meant to each other. His college room-mate was still his best friend. They lived close to each other, hung out on long weekends camping together on father-daughter trips, and drank micro-brews together on the weekends.

I felt slightly jealous of that. I've moved around a lot in my life, and was driven by a lot of solo projects and solo efforts. I enjoyed long distance cycling when I was in Colorado for the challenge and the solace. I like to read and write and play golf because it relaxes me and they're all things I can do by myself. I worked hard, and jumped at opportunities around the country (and from Canada to the US) because I could, and I didn't have anything to tie me down in my younger years. I don't regret moving here, as I have a great life, with a wonderful family and a job I love. But I haven't formed those long term bonds that he had. I don't have friends who have known me all my adult life and know all the stories about the stupid stuff I did in college, or that wild weekend in Wasaga Beach the summer of 1992, or how close I came to falling off a cliff in Utah in 1996. I know those stories, and some I'll tell to my kids (perhaps as cautionary tales), but there's something about someone you know coming up to you and asking 'Hey, do you remember that time..." that I probably won't get to experience as often as I'd like.

But I also realized, as I drove home, that it wasn't (hopefully) too late too make the effort to reconnect with some of those folks I used to know. More than to just add them as friends in Facebook, but to try to see them once in a while, hang out, and to help out when needed. Friendship isn't something that's always easy, but at least it's easier and more clear cut for me, since I'm a guy. Guy's have notoriously lower maintenance friendships than that other gender. I'm just saying.

Anyway, we all lead busy lives, and there's a hundred excuses we can find for not doing stuff with our friends. But maybe, just once in a while we need to sacrifice the important stuff, like watching a rerun of some old movie, to do the really important stuff like go and have a beer with an old friend, or to write an email to someone you haven't talked to in five or ten years.

So if you want to hang out and have a beer sometime soon, and I haven't called you already, give me a holler.
Posted by JB at 7:46 PM No comments: 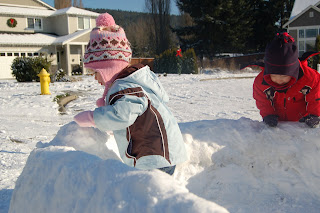 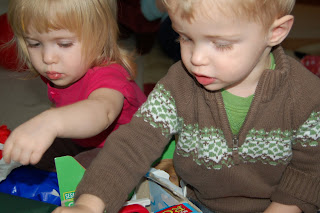 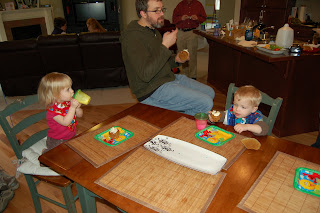 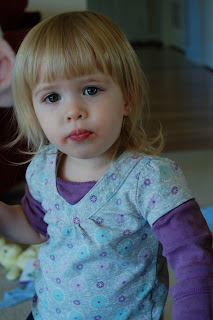 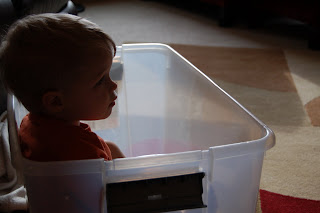 Again, it's been a long time since we've updated this. Life gets pretty hectic, and some things fall by the wayside.

The kids are doing great, and talking up a storm. Whoever calls the house these days usually gets the 'treat' of getting to talk to them on the phone for as long as they want to listen. Its cute to us, but probably not so cute to the sales people who cold call us. No, we don't really do that. But we should.

Reece loves to play on the little V_Tech computers we bought them for Christmas. He can count (usually misses #4 for some reason), and knows a lot of the letters by sight now. He's better at some of the games than I am already. But I still kick his but on the XBox. No mercy!

We got out of our routine for a few weeks around Christmas and New Years with parties (birthdays x 3) and holidays, and three of four colds that ripped through the area and made everyone miserable. I was going to say this is the first week since Thanksgiving that everyone has been healthy, but there's a distinct possibility that the kids aren't feeling well tonight. They were asking to go to bed at 6:45 (a half hour early), saying Elmo was tired. And there was all the poop today. That might be another indicator.

We try not to watch a lot of TV, but the kids do love Sesame Street as long as Big Bird and Elmo are on all the time. And they like watching Daddy's Fire Truck show, an old drama I DVR from one of the Retro networks called "Emergency". My mom and I loved that show growing up, and unlike a lot of old shows, it hasn't aged badly. We'll watch an episode on Saturday or Sunday morning sometimes.

Work is going well for me, but extremely busy, and will stay that way until at least the end of July as I am working on a big project. I'm learning a lot, but this is definitely the most high profile project I've ever worked on, and the pressure to get it right is going to be enormous by the end of it.

Lisa is still working as well, and actually added a few more hours per week (now 3.5 days instead of 3). She's dancing a lot and going to another dance competition this weekend.

I finished writing my latest novel on January 1st, and have been going through my old writing and finishing off some short stories I've had laying around before I jump back in to a major effort again. I've been slowly editing it as well, and trying to find a publisher / agent to help me market it, but that, I hear, can be as much work as writing it in the first place. I'm not holding my breath at this point. Once I get this edit done on it, I may circulate it a little bit to see if people like it. It's going to take me a month or two to edit it at the rate I am going right now though.

I haven't done much reading lately, so no reviews today. We also haven't seen any really good movies lately either. We've been watching Battlestar Galactica, House, CSI, and a pretty funny show on the CBC called Being Erica.

I started working in the garden on Sunday, pulling weeds and planning the vegetables for this year. But it snowed here today, so I might still be a little early. Only in the Pacific Northwest do the weeds grow bigger in the winter than in the summer. What a mess.

Anyway, that's about it. I'll post some pictures tonight too if any of the 300+ on our camera turned out. We'll soon see.
Posted by JB at 7:14 PM No comments: